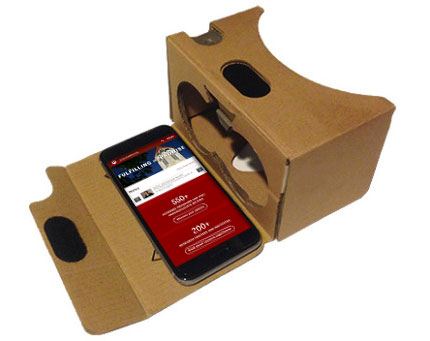 The results are in, and they point to a very promising future with 360 virtual campus tours. Indiana University Bloomington is experiencing record breaking enrollment numbers following their brand new 360 virtual campus tour being shared with prospective students. IU Bloomington has a record setting 43,213 students which surpasses their enrollment numbers from 2015 by 1.5%

The 360 virtual campus tour was physically mailed out to 8,000 Indiana residents and  shared on their website in 2015.  Indiana University had custom Google Cardboard viewers printed with their logo and mailed out with a QR code directing individuals to their virtual tour experience. Within the first week of the mailing, Indiana University Bloomington noted over 2,000 unique visitors to their 360 virtual campus tour. Within months the long term effects of setting up a 360 virtual campus tour were noticeable. Since the mailing  in 2015 the enrollment numbers have only increased. 2015 brought on a raise in degree seeking students by 4.5%. Over 6,000 international students were enrolled just in 2015 alone, which was a 3% increase and record breaking enrollment. In 2016 the number of international students shot up to 8,714 and early predictions are pointing at this number steadily increasing.