360 Video Tour Use Examples in Pop Culture and Politics

The technology behind virtual reality has very literally exploded over the past year. While early applications of virtual reality technology has often come across as being a gimmick or not having any real world applicability, recent ventures have begun pointing to the idea that virtual reality is here to stay. When you think about 360 video tours you probably first imagine something like the original IPiX ventures, that featured hand-stitched images composed into a giant panoramic photo. Those early ventures, as rough as they looked, were the stepping stones that have lead us to where we are today.

If you have a FaceBook account you probably saw when the internet exploded this past fall. George Lucas of Lucas Films and Disney released a 360 video tour where the viewer could speed across the Jakku desert in a podracer. This wasn’t just a set track video either, the viewer was free to explore the desert how they wished. This was a brilliant marketing gimmick that paid off well for all involved parties. Lucas Films/Disney garnished massive hype about the upcoming Star Wars film, the viewers were presented with something they had only imagined in their dreams, and other filmmakers saw an opportunity.

The success of Disney’s 360 video tour helped drive another viral marketing directive, but this time by 20th Century Fox. There was already enough excitement about the release of the Deadpool movie to guarantee a highly successful release. So 20th Century Fox invested in some viral marketing in the form of a 360 video tour. The viewer is able to see the inside of the main bar of Deadpool, a few different Ryan Reynolds getting into trouble inside of the bar, and features the movie’s highly catchy soundtrack being played on a dilapidated stereo.

While not technically a 360 video tour, Paranormal Activity the game, plays out as more of a 360 video tour of a terrifying haunted house and less like a game. The line between a fully immersive 360 video tour and a game is very blurred in this instance. Either way, the experience is frightening. 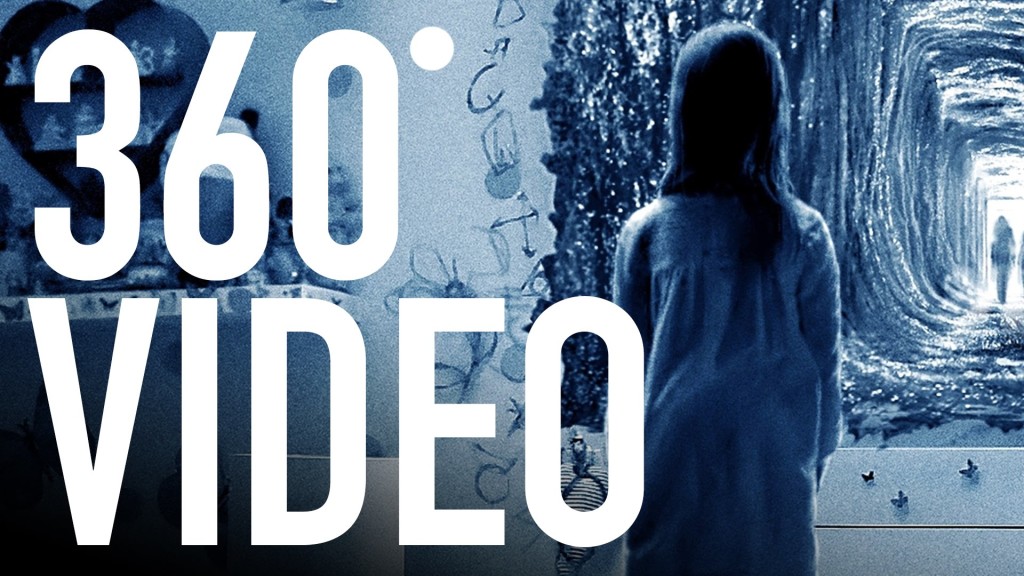 You take control of a person inside a house haunted by a pesky poltergeist, explore all the rooms, and try to see if you can figure out not just a way out, but an end. The highly successful series “Paranormal Activity” brings about a precedence that this interactive 360 video tour will leave you shocked and amazed all at the same time.

360 video tours are popping up almost every day now, featuring the ability to virtually tour places you may never reach on your own, or at least not today. Couch surfers can now make their title quite literal by checking out the 360 video tours of professional surfers in Tahiti, For more extreme couch adrenaline you can experience flight with a wingsuit, but I must warn that if you’re afraid of heights this 360 video tour is pretty nauseating. If you’re just itching to travel abroad, but your wallet does not support your decision, 360 video tours may be a good answer for you. Check out breathtaking 360 video tours of places like Amsterdam, Russia, Mount Everest, and India. Each of these 360 video tours is more than just footage, it’s also a story and a milestone. The 360 video tour of India marked the first time that aerial photography was permitted over the Taj Mahal in over 40 years,  and Mount Everest required a whole team of specially trained individuals climbing the harsh climate to bring this project to life.

360 video tours are more than just a tool to see far off paradises that you wish to one day visit. 360 video tours are now allowing viewers to see live events in a whole new way. At the end of 2015 CNN announced that they were going to support 360 video tours of the presidential debates. The viewers are able to see the debate in its entirety from the viewpoint of an audience member, or sometimes from the very podium that the candidate is speaking from. CNN states that they plan to continue supporting these 360 video tours of the presidential debates, as it’s allowing the viewer to feel like they are a part of the process themselves. While these 360 video tours are currently only available for viewing through the Samsung Gear, we can expect to see an increase in supported devices in the future. The release of the Meta 2 and the consumer version of the Oculus Rift are expected to be driving forces in the creation of new and exciting 360 video tours.