It doesn’t take a cinephile to see that the relationship between you and your movies is starting to change. Virtual reality is on the way to rebooting the way movies are viewed. Virtual reality technology has been around for over 60 years, but the biggest developments have occurred during the last past 10 years. These leaps and bounds have made it so virtual reality has become profoundly great at making you feel as though you are in the center of the action. Whether it’s jumping out of a moving car with Deadpool or viewing the top of Mount Everest, you feel completely involved rather than just being an observer. 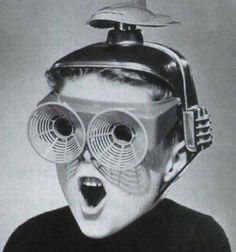 Virtual reality involves wearing a head-mounted display, or HMD for short, and while they may look dorky the experience they offer is breathtaking. Keep fighting the future if you wish, but know that Hollywood is already embracing VR technology in a warm hug. Film festivals such as the Tribeca Film Festival and Sundance are setting up VR screening rooms at these events. Steven Spielberg and Ridley Scott are building classified VR projects currently, and even Jerry Zucker is jumping on the bandwagon of the future.

Virtual reality is very different from sitting on the couch and watching your favorite movie. With your typical movies, your viewpoint is set, and you only see what the director wants you to view. With virtual reality you are free to look about the entire area and explore the surroundings on your own accord. Not only can you observe nearly any aspect of the film, but in some cases you can even affect story-line depending on where you look.

Take the infamous scene in Willy Wonka and the Chocolate Factory where Gene Wilder opens the doors in the factory and shows the victims, err, participants a world of “Pure Imagination”. Instead of having all of your view be dictated off where Mel Brooks decided you should look; a VR version might allow you to ogle at and even drool over the chocolate factory at your own pace.

With this being relatively uncharted territory in film-making there are new challenges that are arising. Such as how would the director and actor ensure that the participant is focused on where the action is and not just examining a random piece of art on the wall? So far the best solutions being offered are having visual cues, such as an actor pointing at where the focus should be or utilizing the benefits of surround sound to provide audio cues. Regardless there are some “classic” film techniques that are not expected to survive the virtual transition. The classic Alfred Hitchcock zoom and pan technique could feel terribly invasive in VR.

Just because this exciting technology is something that seems like an expensive space aged fantasy, does not mean that you need to break your bank to start viewing it. in fact there are plenty of free options out on the internet if you’re curious enough to take a gander at the future of entertainment. With simple headsets, some made of cardboard others made of high quality plastic, you can use your smartphone and a couple of VR apps to start exploring the virtual frontier. Check out our complete article about virtual reality headsets to learn more about all of the options that are available now.