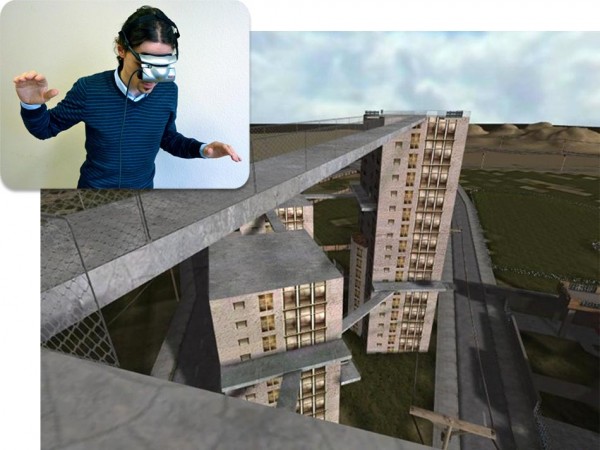 What Is Virtual Reality Exposure Therapy?

Fear, anxiety, panic attacks, and Post Traumatic Stress Disorder. All of these things have the capacity to mentally cripple someone and affect their physical well being. From increased heart rates, cold sweats, to even seizures and loss of consciousness; anxiety driven panic attacks can detain someone in a state of fear. For some individuals it may be triggered by speaking in public, heights, flying, or a large thunderstorm.

Until recently the only way a person could work on coping with their fears was by stepping out into a very unpredictable real world. However, with recent advances in technology, these triggers can now be approached and attended to in an office setting. How? Virtual Reality Exposure Therapy. 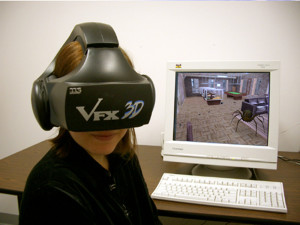 One of the forefronts in this technological initiative, The Virtual Reality Medical Center in San Diego California, specializes in conducting in depth studies with their patients. Assessing what specifically triggers their anxiety, providing coping mechanisms, and virtual scenarios for the patient to interact with.

These therapy sessions usually range from 30 minutes to an hour at a time. The session will start off with the patient being hooked up to various diagnostic computers that monitor the patient’s heart rate, breathing, and stress levels. The simulation that the patient is placed in is viewed and controlled by the therapist. This allows a stronger control over the therapy. For a patient terrified of an airplane taking off, the therapist is able to manipulate the virtual scenario to allow for multiple take offs and landings. 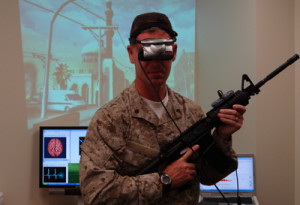 PTSD or Post Traumatic Stress Disorder was once thought to be a biological disease. With recent medical breakthroughs, scientists have realized that this disorder or disease if you will, may exhibit bodily symptoms, but is a purely mental disorder.

PTSD comes in a wide array of forms. The most commonly heard of is combat PTSD, most notably seen in war veterans that are returning from active duty. Dr. Robert N. McLay of Johns Hopkins University has spent years working overseas with current active duty military experiencing PTSD and utilizes virtual reality to help take on their fears head on.

The first step to assessing a patient is listening to their story. Each patient is unique, so each simulation needs to uniquely cater to their needs. The simulations he runs put the user back into a combat situation, but allow the user and McLay himself to control the situation. McLay believes that through the use of virtual reality exposure therapy partnered with other common practices in the industry, patients can regain control on their mental psyche.

PTSD does not only come from combat related scenarios though, and can occur from other external stimuli such as rape, assault, robberies, and natural disasters. Where combat PTSD is a much more complex form, stemming from multiple incidents compounded on top of each other, “typical” PTSD is usually related to one instance of mental trauma.

Therapists typically use the first session as a way to explore their patient’s fear. Finding out all the gritty details of why they are in a state of mental trauma, so the therapist can match them with the most applicable scenario virtually.

While the virtual reality approach may be a newer initiative for therapy, the ideal of re-immersing the patient into the thing they fear most has been a tactic used by therapists for decades. Where in the real world there are too many variables to factor into the equation along with surplus monetary expenses for most simulations, the virtual world has no limit.

We WILL Cross That Bridge When We Come To It 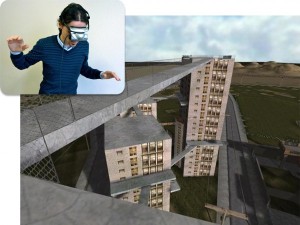 While some cases may require extensive therapy and may seem extreme, there are hundreds of other instances that virtual reality therapy has assisted individuals.

Acrophobia: the fear of heights is one of the more common fears that people use virtual reality to conquer. In one simulation they start out at a coffee shop on an ordinary road. After touring the town, the user is forced to use a virtual plank to cross a terrifying virtual ravine. Each simulation is perceived differently, however the results are all the same. Crossing the path while looking down and seeing a chasm of emptiness, feeling the wind rush past you, your blood pressure climbs, you are crippled with fear. Virtually crossing the bridge though, provides the patients a little more of a security blanket, giving them a chance to “test” the idea of heights in a safe setting – gradually building their trust in themselves, and the world around them.

Patients that once never drove over a bridge, or would take the stairs over a glass elevator, are now driving the golden gate bridge and climbing mountains. Above all, the small controlled exposures that the patients are experiencing is proving to work and help. Thus proving that any fear can be conquered, given the right amount of time, therapy, and tools.