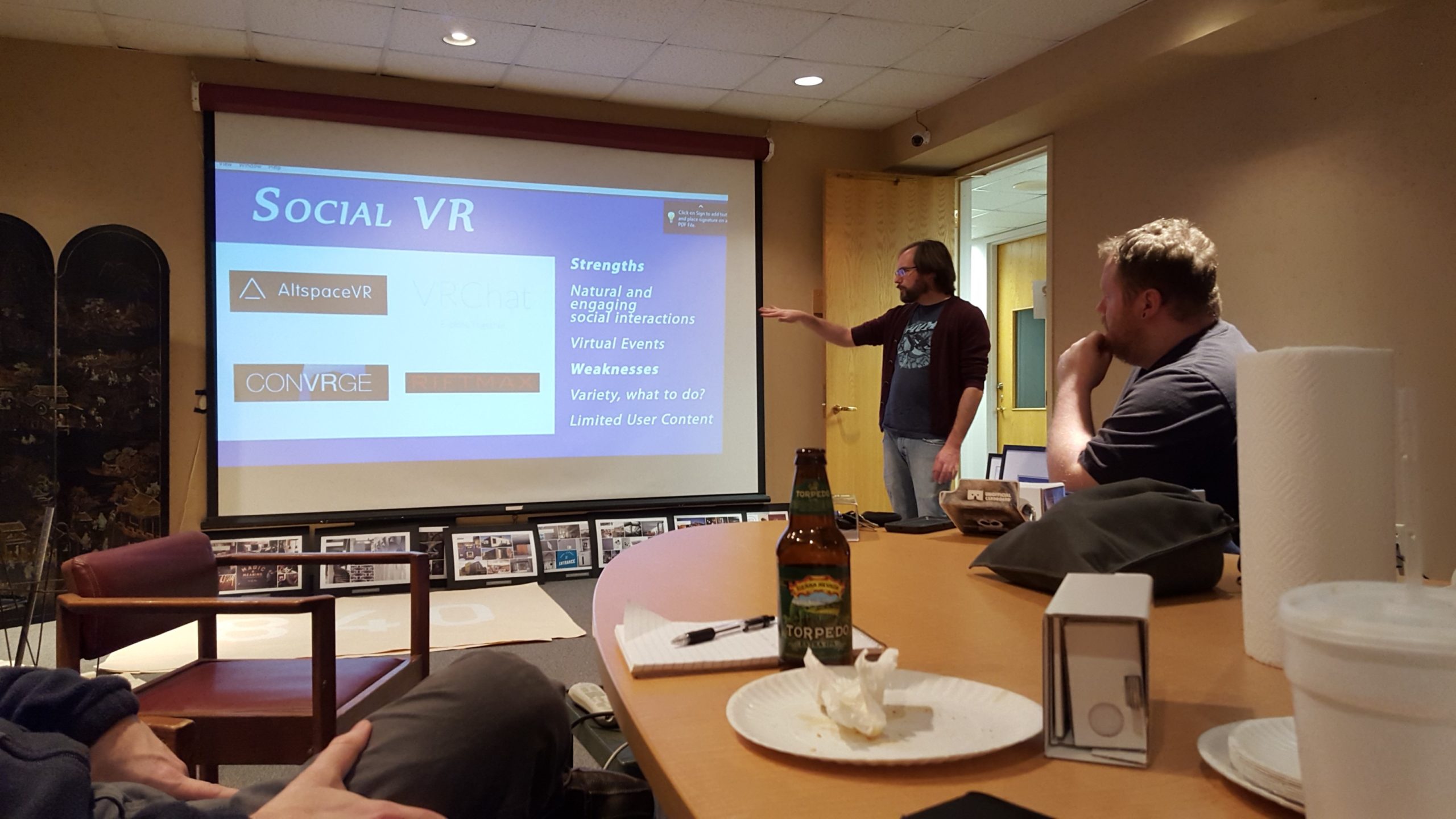 Thank you to everyone who came out in support of our latest TVR MeetUp! It was a smashing success with a pretty awesome turn-out. We kicked off this meetup with some AMAZING pizza from Carmine’s Italian Restaurant, adult beverages, and sodas catered by Looking Glass Inc.

Looking Glass Inc. began the meeting with a slide deck of some of the latest News topics that have occured since our last Meetup the last that we hope are maybe beyond the usual mainstream VR/AR happenings. Looking Glass Services Inc. announced the pre-order of the Meta 2!

Guest presenter, Phil Shands, and his enthralling presentation about developing experiences on the internet in VR was very informative. He also showed off a really cool VR Frogger adaptation! If you missed it – you should have been there, and that goes for everyone we missed last week. And if you haven’t joined the group than Click here to Join the TVR Meetup NOW 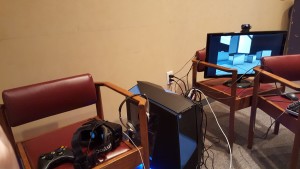 Hardware Demos were provided by Michael Oder from Once Upon an App and Phil Shands, demonstrating the latest software release of the Leap Motion controller. Very nice – overall accuracy has been greatly improved, making it even easier to grab and manipulate objects in the virtual world.

If you missed out on this meetup, we missed you! The next MeetUp is scheduled for March 31st and will be at our new home for the Triad Virtual Reality Meetup Group: Fly Wheel – http://flywheelcoworking.com/