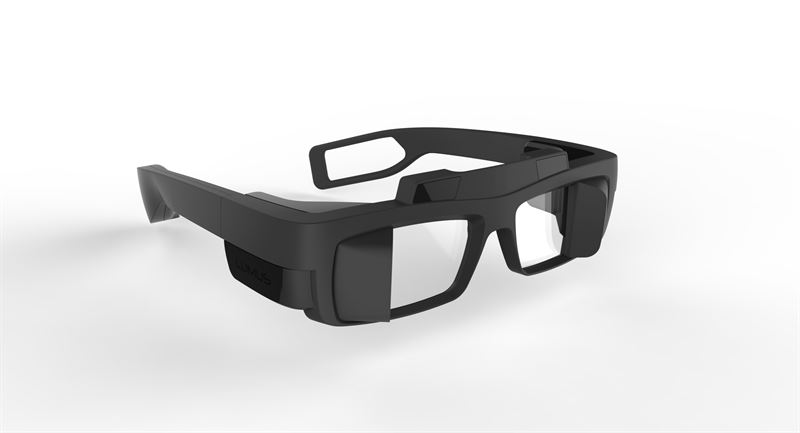 Thank you to everyone who came out last night it was great to see you!

This month in our May 2018 rendition of : “Joei Does the News” we talked a lot about future endeavors that are finally possible due to some very talented developers. Checkout the summary of the topics covered below. From new eye tracking technology that could enable disabled people to be more independent to virtual reality development being taught in all North Carolina Universities.

This headset is the first all inclusive virtual reality headset. Meaning that there are no cords, wires, motion tracking devices, phones, or a PC. This all in one solution has a full 6 degrees of tracking powered by Snapdragon 835. It launched on May 5th for the reasonable price of $400

According to the company, North Star is an entire AR platform that involves far more than just hand-tracking. For starters, Leap Motion has built its own PC-based AR headset acting as a reference design. It features two 1600×1440 displays with 120fps and a 100 degree field in view. Of course, it also features the company’s well-known hand-tracking sensor, which can track the position of your hands and movement in your fingers with a 180 degree field of view.

Leap Motion has hired Matsuda to develop for them.

Some may remember us discussing AR/VR developer Matsuda two months ago at the March 2018 Triad Virtual Reality Meetup. The talented developer has pushed the limits for what AR is able to do such as pick up and relay information based off of a digitized reference point. In this month we are thrilled to announce that Leap Motion has hired Matsuda. In the short film ‘Hyper-Reality’ Matsuda presents a provocative and kaleidoscopic new vision of the future, where physical and virtual realities have merged, and the city is saturated in media.

Pimax, the company behind the wide field of view “8K” VR headset

today unveiled a new controller design intended to ship alongside their upcoming VR hardware. Much like Valve’s still unreleased ‘Knuckles’ controllers, the new Pimax controller is designed to strap to your hand for an ‘open-palm’ experience. The idea is that each digit of your hand is set to a separate function. Instead of A, B, X, Y. Which, lets be honest, never felt entirely natural.

VRstudios has made mobilized virtual reality not only possible, but also affordable.

VRstudios sold the very first VRcade Atom™ through Looking Glass Services last week. The ATOM sets a new standard for commercial quality wireless VR systems built exclusively for LBE venues of all sizes. The system is very cost effective, easy to install and efficient to operate. For comparison. A traditional VRcade costs about $70k, is highly immobile, and takes on average 2 people 4 hours to set up. This time does not include recalibrations that take about 5 minutes a piece. The ATOM comes at a smaller price, $25k. Can be set up and broken down by one person in about 45 minutes and does not require frequent recalibrations when taken mobile. ATOMs have a small footprint, and like the other VRcade systems, do not require expensive facility changes or construction. It’s like a carnival booth, but better!

So what does this really mean? It means that you’ll be able to use a device similar in size to Google Glass for augmented reality, but it will also be tracking the wearers eye movements. Meaning that someone who is disabled can use these glasses to transcribe stories, make calls, order food, send emails, and interact virtually while still being able to engage in the world around them.

Want to be a part of our TVR Meetup Group? Simply follow the link below. We have MeetUps on the last Thursday of every month of the year except November and December. We are always looking for guest speakers to talk about the virtual and augmented reality. Does this sound like something you would like to do? Email John at John@lookingglass.services for more details on available speaking months.

Check us out at: https://www.meetup.com/Triad-Virtual-Reality-Meetup/